I flew to Mazar-i-Sharif today on a Beech 1900 with a set of new pilots.

I hate flying and I have trust issues with some of our pilots as I know most of their character flaws and some of them are scary.

Nervous, spaced out, drunks, pot lovers, dreamers, slow, nasty temper are all things I criticize because again I hate flying. No I am terrified of flying, but I love traveling.

I volunteered to go and help one of our staff member in Mazar and  before I knew it a was sitting in our smallest aircraft with two new pilots who never flew in Afghanistan.

Kabul is the second most dangerous airport in the world to take off and land from. Number one is La Paz, Bolivia meh something to do with the mountains.  I have friends who work in the tower and tell me these things:

1- Pray every time you take off and land.

2-The military -especially Bagram Air Base (a 15 mins flight from Kabul, sometimes with the winds it’s 6 minutes) don’t give a shit about civilian aircrafts, they will do whatever the fuck they want, because they are the only ones supposed to be here. They will go tactical in minutes (meaning they will shut radio communications with the tower) even though we are in high altitude and surrounded by vicious mountains, which are the beginning of the Himalayas. Whenever I fly I ask my friends to please make sure our aircraft is guided over these damn mountains. The military never listen to the tower and will fly as close as  300 feet to other aircrafts although they know that at least 600 feet is illegal and will result into a tower controller loosing their ratings (license). Military also have UAV’s (big white balloon aircrafts that takes aerial pictures of the region and if a truck or convoy steps on a IED NATO sees it immediately).

Watch out for that mountain…

Anyways, I can’t really tell you any Military secrets…

3- During summer months we enter one hundred and twenty one days of strong fucking winds. The wind picks up around 15h00 in Kabul, which makes the temperature cool at night, but it’s a bitch to fly in and as a result most flights get diverted to other destinations.

4- Arianna (we call it Scaryanna do you really want to fly in duck taped seats and God knows what), Kamair, Safi (they are good), Turkish Airlines and all the other Russian airlines do not speak English so they barely understand when the tower directs them for landings and take offs.

All in all this place is chaos filled with incompetence, yet the sky is less dangerous then facing Taliban attacks on land.

Anyways, I went to Mazar and the flight was not so bad until I landed there. Landing was rough, we where swinging left and right and hit the runway at the right time, but the worst was yet to happen.

The pilots where doing some odd training (during a passenger flight!!!) and covered their windows with sun shades. What the fuck? Aren’t they supposed to see where they are and not only let the machine guide them?

WTF are they doing? And they covered more windows…

I visited Camp Marmal. It’s sizzling hot, dusty and absolutely German with a hint of American. I’ve never experience that type of heat. You cannot survive without water and that day they cut water supplies, as it’s in the middle of a desert and residents where abusing their 5 minute showers. Imagine going to the bathroom in 40 plus dry heat without having the privilege to flush.

I can’t understand individuals who walk in this radiative zone without a hat, I was ready to pass out.

I stayed only for the day and climbed on the next flight to Kabul. I thought I was going to die. I’ve never liked turbulence, but 30 minutes off heavy droppings, swiveling left and right is frightening. We where three passengers, I was sitting in the back as the two others where sleeping. When we hit heavy turbulence and we started dropping drastically they all jumped from their somber and screamed.

I have never seen an airplane nose dive so quickly. I thought I was going to be on the news. The mountains where straight ahead waiting to welcome our ashes. Now, that I made it I regret not grabbing my camera to film our almost fatal descent. We were diving to our deaths an somehow the crew swerved around the mountain and found their way to the airfield without crashing as the wind tried to obstruct our landing.

I’ve never been so sure of the end as yesterday’s afternoon flight.  I gathered my personal effects with trembling hands.

Later I asked the captain and co-pilot if they heard us scream and they said no, they where too busy trying not to die. Well, that’s all I needed to hear. Apparently, they face this situation every afternoon while trying to land in Kabul. 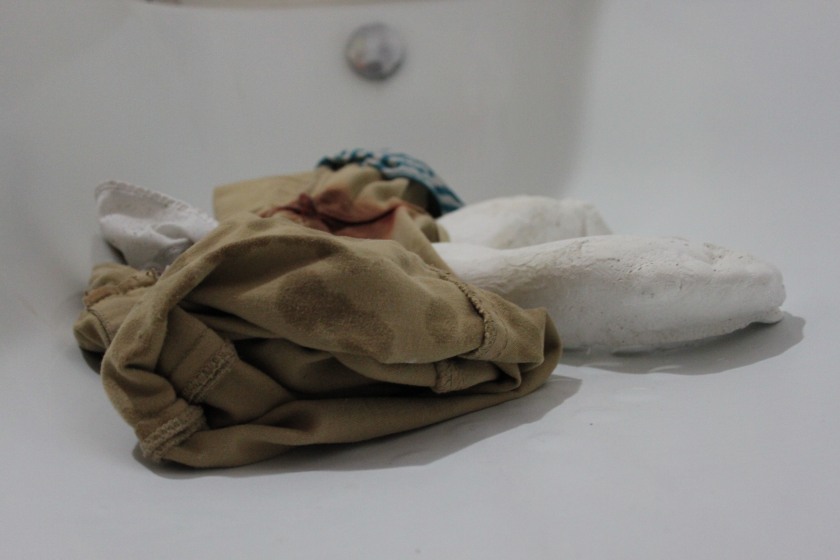 I had to walk around my campus with a huge scare stain in the front of my crotch. No one said anything of course and I only noticed it in my room. Clay feet where already in my bath tub. Fuck my life! No, nothing I’m still alive. I was supposed to start in 4 days.